The history of search engines

Contrary to what many might think nowadays, the history of search engines did not start with today’s giant Google. Google only went to the market relatively quickly, because the search engine did not go online until 1998. By that time, other providers such as Yahoo, Lycos and AltaVista had already divided the business with web search among themselves.

1990:
The history of search engines began in 1990 at McGill University in Montreal. This was the birth of Archie, the first search engine ever. Archie focused on crawling files and folders into FTP directories. The files were collected, then sorted and made available to users prepared.

From 1992, Archie became one of the most used Internet services. However, no text could be searched, but only files and folders. This problem is also the reason why FTP search engines no longer play a role in the user of the Internet today and are only used at universities.

The tool that searched the servers for data was called Veronica, which stands for Very Easy Rodent-Oriented Netwide Index to Computerized Archives. Veronica is comparable to today’s search engines.

Once a month, Veronica examined all Gopher directories that were logged in to the University of Minnesota server. In the search query, the use of the Boolean operators AND, OR and NOT was possible.

1993:
This year was the starting signal for the success story of search engines on the Internet. The World Wide Web Standard was released for free use and MIT student Mathew Gray programmed the first search robot called The Wanderer. Originally, The Wanderer had only the task of counting all WWW servers on the net. A few months later, Michael L. Maudlin adds a program called Wandex. This program allows The Wanderer to search the collected data.

Better and better crawlers and spiders were programmed, which searched the ever-growing Internet and cataloged the websites. Soon, the first business ideas around the search engine topic were developed.

In the same year, the directory service Yahoo! online. Yahoo! started as a collection of web addresses. The system was initially developed to manage links to manage personal interests on the web. The collection of links has always been larger and the concept of categories and subcategories was developed to maintain clarity, which is still applied today.

Alta Vista had also taken on great importance until a few years ago, because the robot Scooter developed for Alta Vista proved to be enormously powerful, making Alta Vista one of the leading applications of the Internet.

In the same year, the foundation stone for the Google search engine was laid. The two founders of Google met for the first time at Stanford University and started the BackRub project together, which is considered a beta version of Google. BackRub was already able to convince in the 90s with a clear user interface, a high speed in processing search queries and the high relevance of the search results.

The relevance of the search results together with the speed and the obvious surface offered an unprecedented quality, which allowed Google to attract many users.

In the same year, Microsoft launched its search engine MSN Search. MSN Search gained the highest popularity when Microsoft’s Internet Explorer won the browser war against the then market leader Netscape. MSN Search was strongly oriented towards the American structures and therefore the success in this country was not achieved.

In 2012, the search engine Yahoo! and Microsoft to become more competitive against Google. But the merger was not enough to attack the market leader Google.

Google has meanwhile continued to develop and have launched more and more services such as Google Images, Google Maps, Google Calendar, Gmail, Google translators, etc. To this day, the number of users who use Google as a search engine is growing. 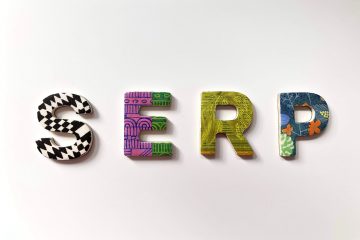 I dare to say at this point that 99% of you have already made a search query on Google. But how does a search query actually come about and what is it? At the beginning Read more…